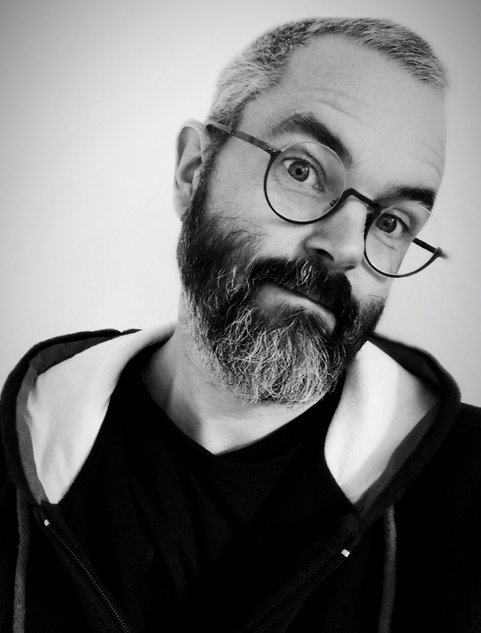 Chrysostome Gourio doesn’t like to say where and when he was born, it allows him to invent a lot of different lives.
Thus, he tells us that he was a teacher of philosophy, a bookseller, a French-sign language interpreter and an author, although we are not sure of anything.
However, concerning this last activity, we have traces that could be used as proof: some detective stories (Le dolmen des dieux, coll. Le Poulpe, and Le crépuscule des Guignols, both published by Baleine Editions or Une fellation quasi nulle, published by In8 Editions) and novels for young people (Rufus le fantôme, Wilma la vampire or La brigade des chasseurs d’ombres, all three published by Sarbacane Editions as well as Mon beau grimoire published by Casterman Editions).
But did he really write them? The mystery remains.